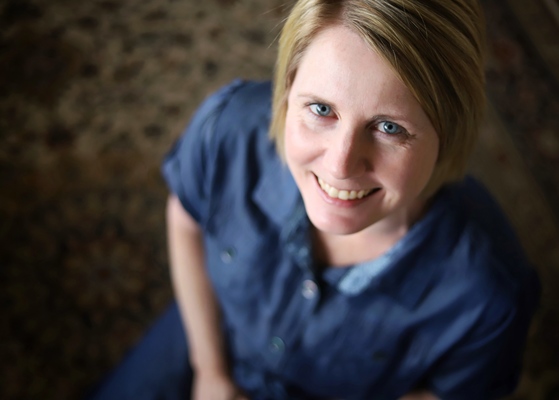 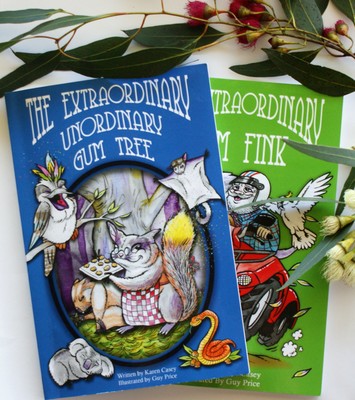 The Extraordinary Tom Fink is the second book in a series produced by the two locals.

One dollar from every book sold goes to Aussie Helpers, a charity providing financial and psychological support to farmers affected by weather and market extremes.

A second, fully illustrated edition of the original book, The Extraordinary, Unordinary Gum Tree, has also been released and continues to contribute money to the charity.

“It was always the long-term plan to release a series of books that would raise money on a long-term basis,” Ms Casey said.

“The crisis for farmers is ongoing and, living in Gippsland, it’s something I see and hear about in my own neighbourhood.

“The book series allows me to make some sort ongoing contribution that I couldn’t otherwise make. The stories are farm-based and have Australian nature themes, so they’re good fit for this cause.”

Karen is a former journalist who worked for newspapers and lifestyle magazines around Australia and overseas.

Her first unpublished manuscript was long-listed for the Australian Vogel Literary Award.

She has since released three books, the two in the children’s book series and a humorous travel memoir, The Misadventures of the Travelling Quirkus.

Mr Price created the covers and internal illustrations for both books in the children’s series.

He has done murals and illustrations for many local businesses and bands, and is building his folio of private work for a solo exhibition in 2020.

Mr Price works full-time for a ducting and ventilation company while raising a family.

He said doing the book series was challenging but rewarding.

“It was something I had always wanted to do. My current job is working for a HVAC (ducting and ventilation) company doing maintenance and repairs – nothing creative in the slightest,” he said.

“It has been very challenging juggling the time I could spend drawing with work and a family, but the end results are so rewarding and I have a sense of pride seeing my work in print form.

“I gifted both my son and daughter copies of the book and wrote a little message inside the cover to them. They are proud of me too.”

Mr Price says he “dabbles” in all different mediums and processes and has never been sure of the direction to take his work as a career.

Almost 300 copies of the first book were sold upon its release last Christmas, providing almost $300 for Aussie Helpers.

Ms Casey hopes to create a third book to complete the series and continue support for farmers.

Both books can be ordered through bookstores from distributor Ingram Spark and are also available at online stores.