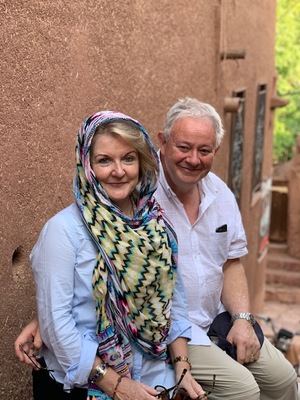 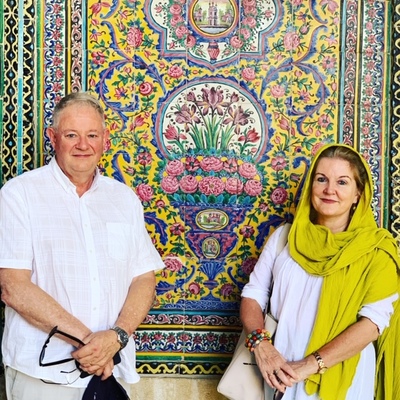 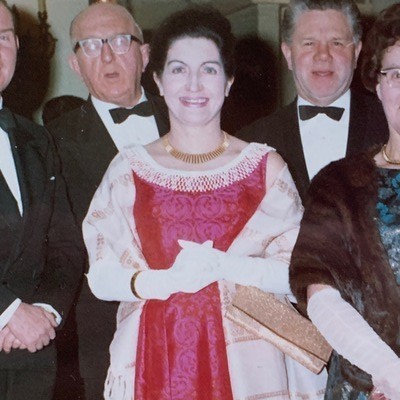 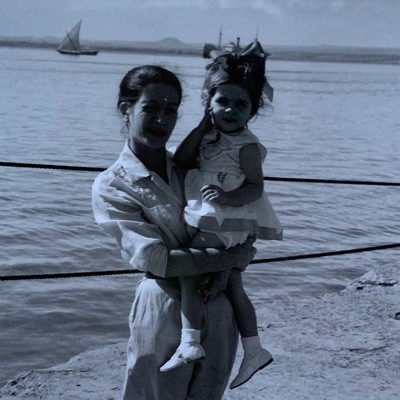 The principal of St Margaret’s and Berwick Grammar, Annette Rome, spent the July school holidays in Iran following in the […]

The principal of St Margaret’s and Berwick Grammar, Annette Rome, spent the July school holidays in Iran following in the footsteps of her adventurous mother as she told Narelle Coulter.

Anne Rome was a young mid-wife in her 20s when she set sail from England in the 1950s bound for oil rich Iran.

Anne was an Irish orphan. Her two sisters became nuns. She chose nursing.

After her training, Anne signed up to work at a hospital operated by the Anglo Persian Oil Company (later British Petroleum) to care for the English ex-pat population in Abadan, a town on the Persian Gulf near Iran’s border with Iraq.

The oil industry was booming in that part of the world in the mid 20th Century and Abadan had become an important oil producing region.

“Mum’s role was to work in the hospital but unfortunately in those days it was a very colonial community so the hospital, sadly, was only available to the English and other ex-pats,“ explained Annette.

“The local people were really treated not very well and I’m proud of mum because she and one of the doctors realised that no one was looking after the local people, so they set up an illegal night clinic.

“After the official closing time for the English patients, they would open the back door and look after the local people. Mum would talk about the fact that when she opened the door there would be this massive long queue of people.“

Anne assisted local women in child birth and told Annette of one patient who had been in labour for three days, with only a bottle to blow into for pain relief. The woman’s husband was able to get her to the clinic and Anne helped safely deliver the baby.

As a thank you gesture the woman’s husband later turned up bearing a cage in his arms. Anne removed the cover to be confronted with a large bat.

“My mother was terrified of bats so she screamed. She said for the rest of her life she felt so bad because this man had given her a thing that was very important and precious,“ said Annette, laughing at the thoughts of her mother recoiling in shock at the sight of the bat.

Anne Rome and the doctor fell in love, but their relationship ended when Anne left Iran and sailed back to England. Annette believes the doctor jumped off the pier and swam after her mother’s departing ship.

“She didn’t marry him, but she would talk about him throughout her life so he did mean something to her.“

On her return to England Anne met Annette’s dad, a divorced English Protestant, and they married. Anne’s next adventure was in Brunei where her husband worked as a water engineer. Both Annette and her brother were born in the tiny Asian country.

In 1962 the family left Brunei as revolution stirred and were evacuated to Singapore before returning to England.

Their next posting was Malaya, now known as Malaysia.

“Of course it wasn’t long after the war and, even though I was only a little girl, I remember whenever there were sports, in the swimming pool for instance, there was a fair bit of competition between the English and the Germans.“

Another story that makes Annette laugh from that time involves the family’s amah and butter.

“It was in the days of pre softened butter so butter was kept in the fridge and was really, really hard. The mothers would rotate hosting morning tea and would invite all the other mums. At one morning tea one of the women said to Anne ’how is it you get your butter so soft?’

“Anne said ’I don’t know. I’ll have to ask the Amah’. She called her in and the Amah said ’It’s easy Madam, I chew it before I spread it’. They all very graciously put their little sandwiches down and never came back.

“I do think my mother was very adventurous, but she also must have done it tough. When I read Graham Greene novels about ex-pat lifestyles they remind me very, very strongly of my mother.

“Jackie Onassis was her role model so she had all these fabulous clothes. They were all made of Thai silk and she had matching shoes and handbags, all gorgeous 60s numbers. That was her lifestyle, she was this little fashionista in the middle of the jungle.“

Annette was 10 when the family settled in Australia.

Anne continued nursing, putting her age down by 15 years so she could continue looking after people, specialising in geriatric care, many of her patients younger than herself.

“It didn’t strike me until fairly recently how adventurous she must have been to go out as a young single women to that kind of environment (in Iran).

“Even though it was cultural bubble she obviously broke out of that with her interaction with the night clinic. It gave her a sense of humanity as well so when we were living in other countries, and even when we came to Australia, she taught us that people always have stories and that it is really worth taking the time to find out people’s stories and not dismiss people on face value. That is certainly one of the things she taught me, as well as a love of beautiful things.“

Annette’s trip to Iran was an attempt for Annette and her husband Andrew to better understand that part of Anne life.

They travelled with another couple, arriving at the start of July to searing summer temperatures of 50 plus degrees.

“I wore a scarf all the time, and we had long sleeves and covered our ankles and elbows. We were fine until we visited a couple of mosques and over our regular clothes we had to wear a chador. One particular day it was ’only’ 49 degrees and the chador was polyester so we were very red faced at the end of that.“

Despite US president Donald Trump and the Iranian Government exchanging threatening rhetoric, Annette said she and Andrew were warmly welcomed by Iranian people wherever they went.

“People randomly came up to us asking ’Where are you from? Tell us who you are’.

“One young man on our last day came up to talk to us as many did and said ’Can you please tell the world we are not terrorists’. We found that really affecting and very sad.

“The US sanctions are really, really hurting ordinary people. The cars are all terribly old. We stayed at what were considered nice hotels but the sheets were quite threadbare, yet the people were so generous. We would walk down the street and a baker would just give us a loaf of bread.“

“It was much richer than what I expected. There is no McDonald’s, or KFC or any Western chains. Everything is as it has been for a long time. In some parts it is like a living museum. For us the extraordinary history, the art and design and craft work, the music, the talking to people, it was wonderful.

A science teacher by training, Annette said she, like a lot of people, has become passionate about history as she aged.

She also thanks her mother for imbuing in her a sense of global curiosity and responsibility.

Since becoming principal of St Margaret’s in 2017, Annette has introduced a certificate of global responsibility. She meets each week with a group of students from year eight through to 12 to talk about inter cultural understanding, ethics, critical thinking and world events. The second batch of students to achieve the certificate will graduate at the end of this year.

“I think my mother’s legacy in me is an absolute passion for developing genuine global citizenship.“

Annette didn’t get as far south as Abadan but she is determined to one day visit the region that was so important in her mother’s life.

“I would go back in a heartbeat. I’d love to see some of the people we met, to learn more about the country. Everywhere you turn there is something extraordinary.“