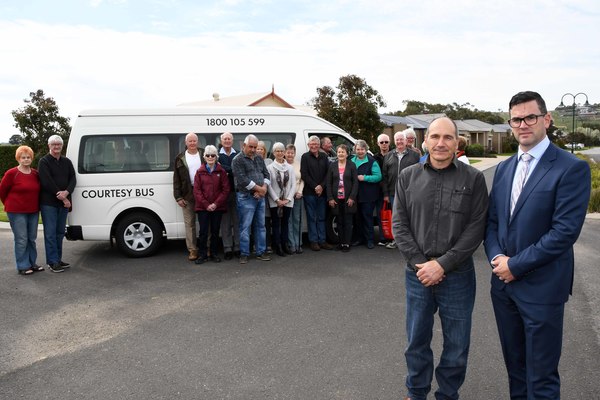 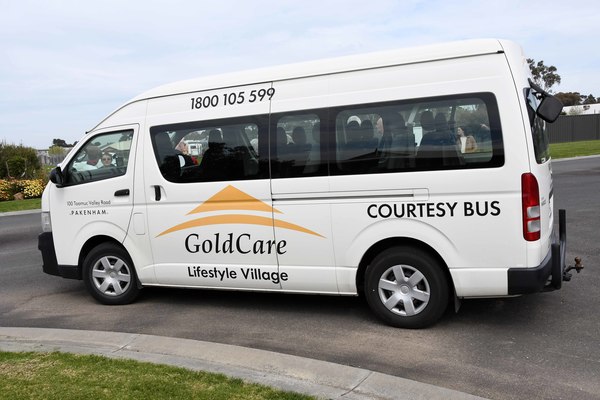 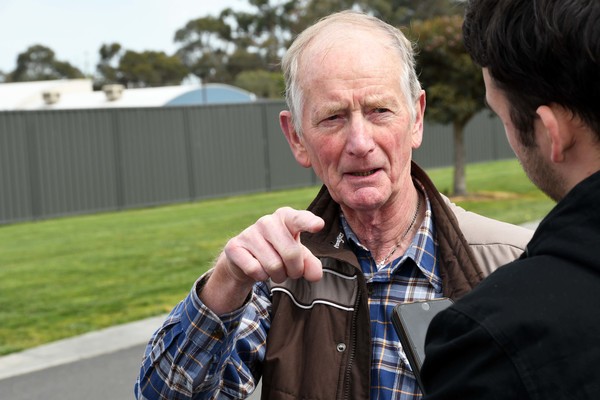 Gembrook MP Brad Battin is calling for a review of public transport services in growth corridors like Pakenham, as the […]

Gembrook MP Brad Battin is calling for a review of public transport services in growth corridors like Pakenham, as the residents of Goldcare Lifestyle Village plea for an extension on an existing bus route.

The village, located on Toomuc Valley Road, isn’t currently serviced by a bus route, with elderly residents forced to walk one kilometre to the nearest stop on the 925 line.

Goldcare resident Joe Gray has been campaigning since 2016, presenting a petition of almost 350 people to Mr Battin to present to parliament in December of that year – but the issue is yet to be resolved, re-visited again this year following the appointment of new Minister of Transport Melissa Horne.

It’s hoped a bus stop will be added on Toomuc Valley Road to not only cater for the Goldcare residents but also servicing the schools, community centre and estates including the new development at Mount Pleasant.

“It’s an essential service, not everyone can drive,” Mr Gray said.

“They’re telling everyone to get into public transport but they’re not willing to provide it.

“For us personally, it means we can actually connect with the central business district and the railway district, from our point of view, for anyone that does get their licenses restricted, having a tie-in service would be great.”

With congestion building in the south east, Mr Battin said getting vehicles off the road by means of introducing more bus or train services is important.

“Logic says people are stuck in traffic, we want to get them off the roads and the best way is bulk transport, if we can get more people off the roads, it’s got to be a good outcome,” Mr Battin said.

In a letter sent to Ms Horne in January this year, the Gembrook MP asked when the government would provide a bus stop on Toomuc Valley Road with the Minister stating a 10 seater courtesy bus has “resolved their transport issues to their satisfaction”.

But Goldcare residents and Mr Battin are far from satisfied.

“She came back with this crazy idea that we’re ok because we’ve got our courtesy bus,” Mr Gray said.

“Probably the biggest disappointment is the fact the government has turned around and said to them ‘you’ve got your own privately owned courtesy bus and that’ll take care of it’” Mr Battin said.

“The residents aren’t campaigning just for themselves, they’re campaigning because so many people are moving into this area and a bus should be coming down through here.”

Meanwhile, Cardinia Shire Council have pledged to support the extension, requesting the state government to review the public transport needs of the shire.

“This is an existing operational bus service which could easily be extended to cater for about 1000 residents,” Mr Gray said.

“A minimum detour of about four to seven kilometres and an additional five to 10 minutes on the schedule would be an easy fix for little financial outlay in providing an essential service to so many.”