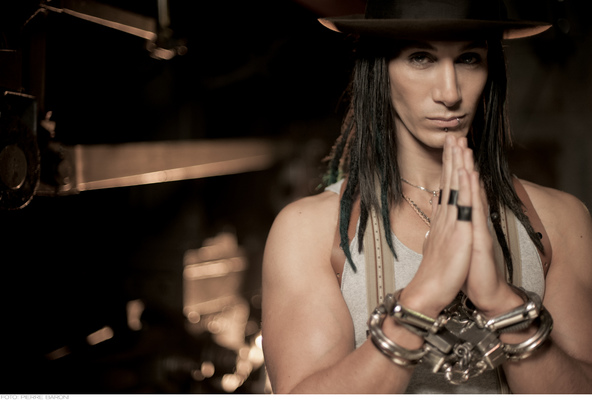 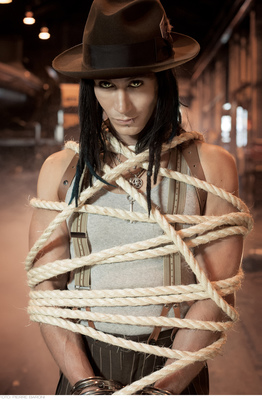 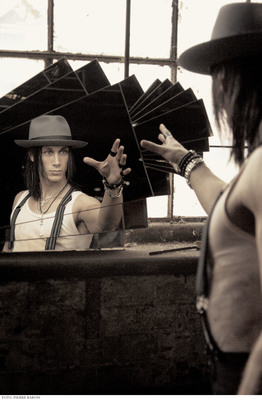 It’s been over a decade since grand illusionist Cosentino toured regional Australia, and following the success of his metropolitan run, he’s designed a tour specifically for audiences living outside the big smoke. MITCHELL CLARKE spoke with him. Growing up in Melbourne’s south-eastern suburbs, Paul Cosentino is perhaps best known for his appearance on Australia’s […]

It’s been over a decade since grand illusionist Cosentino toured regional Australia, and following the success of his metropolitan run, he’s designed a tour specifically for audiences living outside the big smoke. MITCHELL CLARKE spoke with him.

Growing up in Melbourne’s south-eastern suburbs, Paul Cosentino is perhaps best known for his appearance on Australia’s Got Talent in 2011, where he placed runner-up, falling just short to singer Jack Vidgen.

While the show provided him with a platform to perform his magic, success didn’t come easy for the illusionist and the talent program wasn’t even remotely close to the beginning of his illustrious career.

In fact, he was perfecting his craft 15 years prior to the series. For less recognition and much less reward, he’d regularly perform regional tours in a bid to build up his profile, but the regional audiences continue to hold a special place in the magician’s heart.

“Australia’s Got Talent gave me the opportunity to take everything I have done and showcase it on a public stage,” he said.

“It put the microscope on me but I want to be clear, people get the wrong idea and go on these shows and get this great opportunity and exposure and think it’s all success from there.

“But I think it’s better to do the hard work first and use that platform to build from there, if you’re starting on that platform, you don’t have the foundation.”

His journey into magic was a bizarre one and it could be credited largely due to the fact he didn’t learn to read until he was 12-years-old. His mother was a school principal and would often take him to the local library where she’d encourage him to read books of all kind.

“I’d just choose to read the picture books,” he laughed.

But it was a magic book which one day caught his attention. He listened to his mum read the text as he’d flick through the pictures admiring the various magicians, before coming across the back pages which featured a number of magic tricks.“Each night before bed, we’d read through the tricks together. It soon became a passion and an obsession and then a career,” he said.

However, that career wasn’t built overnight, with Cosentino recalling the hoops he was forced to jump through (literally) to get recognised.

“I couldn’t get an agent, I would have to physically post out VHS tapes and chase people up,” he explained.

“They would say it’s really great material but we don’t know what to do with you because you’re not the ‘boy next door’.

“I couldn’t break through, the entertainment industry is very tightknit and niche and it felt like they really didn’t want to let me in.”

Relying largely on the support and dedication from regional audiences across the country, Cosentino was able to hone his craft and build himself an “incredibly loyal” fan base.

And it was those fans who inspired him to launch his latest tour, with his social media accounts being filled with requests from people wanting him to return to their hometowns for follow up shows, and with 10 years between shows, the timing was perfect to launch his latest stage production.

“I am delighted to bring my new stage production Cosentino Live to the regional cities,” he said.

“Those cities and towns across Australia are very special to me. I can’t wait to get back out there.”

As to what audiences can expect from the show, Cosentino said it was hard to pinpoint just one particular trick which stands out but viewers can expect it to be quite different to his big city shows, yet equally as impressive.

“I just love to perform magic. I love the creative process, it’s far more than just tricks,” he said.

“I love the response it provides in a crowd. You get laughter, gasps, shock, awe, astonishment, a range of emotions.

“A comedian will make you laugh but they won’t make you feel astonishment, magic really provides a real unique combination of emotions.”

He likens himself to the ‘flag bearer’ of his art form, breaking a number of barriers and becoming the first Australian magician to have his own television show.

The grand illusionist has written, produced and starred in eight prime-time television specials, with the shows being broadcast in over 40 countries and watched by more than 500 million people.

He told the Gazette of the moment he received a call from the network following his very first show, saying it was something he’ll never forget.

“They called me and told me we had reached just shy of two million viewers, they were expecting 800,000 people to tune in,” he said.

“It was an incredible feeling, that’s probably my greatest achievement.”

Despite being described as the Australia’s “most successful” magician, illusionist and escapologist by Sunday Night on Network Seven and once coined as the “most dominant figure currently in Australian Entertainment” by Alan Jones from 2GB, Cosentino believes he’s yet to reach his full potential.

“My biggest fear is not reaching that potential,” he said.

“I haven’t run out of creative ideas and I haven’t pushed myself to the absolute extreme. I don’t know what my potential is, but I’ll certainly know once I achieve it.

“And I still have so much to achieve.”

The Cosentino Live stage production will consist of 16 shows across the country. He will begin the tour at West Gippsland Arts Centre in Warragul on Wednesday 23 October before returning home to wrap up the tour at Bunjil Place in Narre Warren on Tuesday 26 November.