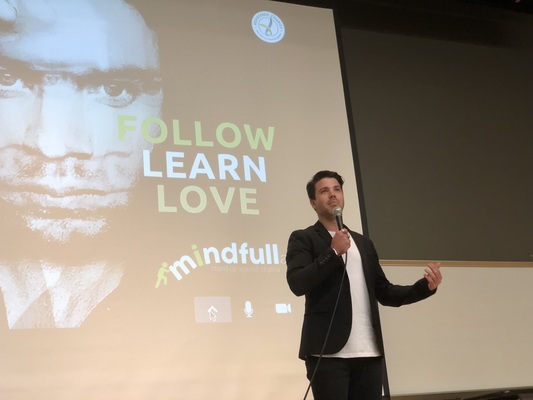 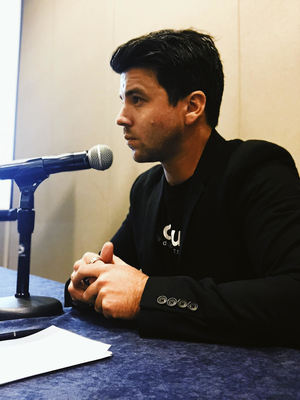 At 27, Matt Runnalls is a multiple premiership-winning midfielder from his time at a number of clubs in the local area.

His is a story that’s far from uncommon. In fact, it comes from a situation that’s so eerily similar to that faced by thousands of people across the country. But yet it’s one so often left alone – left unspoken under the guise of a 20-something-year-old’s perceived cloak of invincibility, or the fear or awkwardness of opening up.

Since he was 17, he’s battled severe anxiety and depression, which led to several suicide attempts. He’s also lost seven close mates who were facing their own mental health battles and couldn’t find a way through the darkness.

So Matt refuses to shy away from his battle. He embraces it and hits people right between the eyes with his cold, hard, truth.

It even led to him starting his own foundation, and now a registered mental health charity, Mindfull.

Later this month, Matt will head to Casey Stadium in Cranbourne to give a presentation on his mental health journey, focussing in no small part on one factor that most footballers would have dealt with in an on-field sense – resilience.

It’s a vital part of his self-disciplined, holistic approach to staying well every single day.

“It’s a really good opportunity for those who’re out there to understand – mental illness, or no mental illness, mind health challenges or not, it’s about building resilience and that’s the only reason I keep well,” he said about his presentation, which will be open to the public on 29 July.

“It’s basically disciplined approach I have every single day that I go through – in good days or bad – to ensure I have a better tomorrow.

It’s just an opportunity for anyone – kids, adults, whoever – to see how someone goes about living with bipolar but also lives a healthy, happy and fulfilling life and is now able to come out of those situations that we find ourselves in that are inevitable – losing a mate, work stresses, relationship issues, financial strain, anything.”

So many people are constantly focused on training the physical, but the mental side is just as important.

“How can we expect to be healthy and putting the best versions of ourselves out into the world if we don’t put any emphasis on, or work into our mind?” Matt said.

“With therapy and medication, you’re putting your wellness in someone else’s hands. It’s all well and good to talk to people about what you’re experiencing – I’m obviously all for that, it’s crucial – but that only works when it’s complemented by being proactive instead of reactive.

“We all possess unlimited amounts of compassion, love, kindness, care, empathy and support – we’ve just got to start using them and the world will be a better place.

“This is the beauty of what I talk about – it’s not just mental illness and suicide, it’s mental wellness. This is targeted at absolutely everybody.

My focus is on finding value, self-worth, belonging, and purpose. Without those four things, life is pretty shit.

“I’m able to bounce out of situations now that would have kept me down and out for weeks or months at a time previously. This is about prioritising things in our daily lives to ensure we have a better tomorrow.”

Matt said it was environments, such as football clubs, that could provide a real source of strength or support for those doing it tough.

“It’s in environments like that where people are often really worried about how they are perceived without getting mocked, shamed or embarrassed for talking about the things that really matter,” he said.

“But it’s an absolute strength to speak up and show that vulnerability.

“The moment I told my club that I was struggling, things became a lot easier for me. “They understand, and if they don’t, they offer you that environment where they have your back. For all those footballers who are out there and have something going on and are worried about speaking to their club – there are some pretty awesome people at football clubs, you’ve just got to get vulnerable and talk about the things that matter.”

For more information about Mindfull, search ‘Mindfull Aus. Stand up against Stigma’ on Facebook.