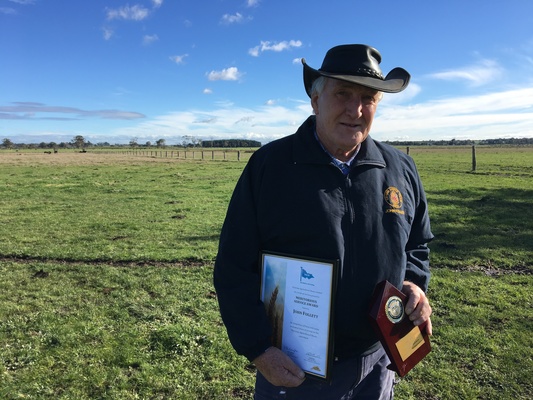 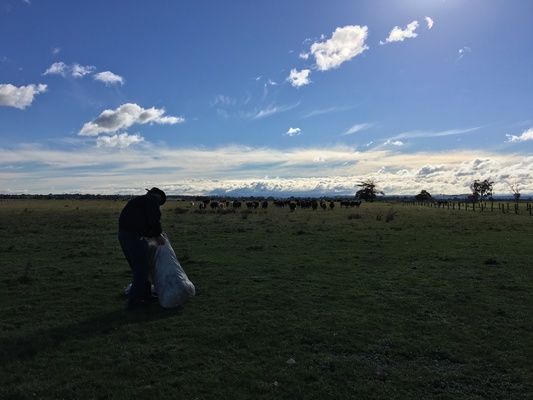 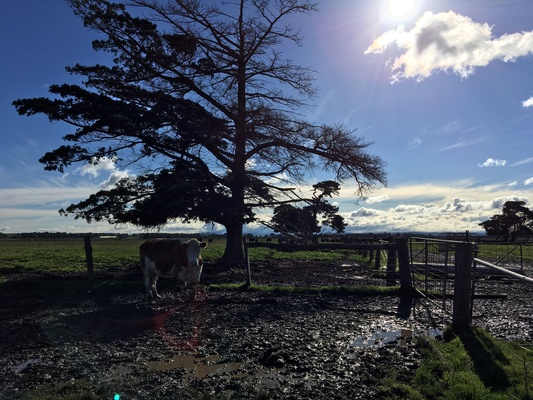 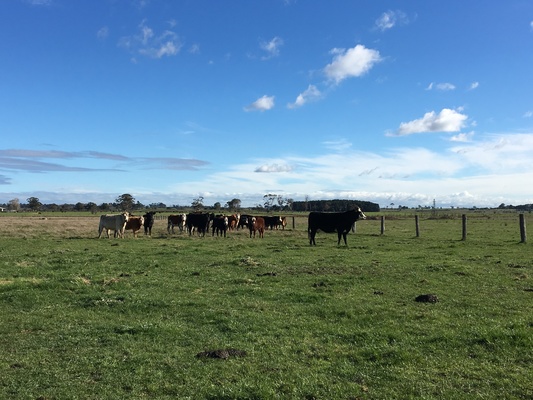 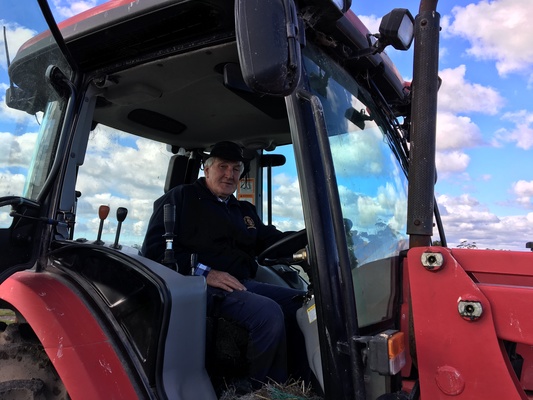 By Casey Neill Farming has always been a natural part of life for John Follett and his family. “My grandparents […]

Farming has always been a natural part of life for John Follett and his family.
“My grandparents were originally breeding Clydesdale horses at where Moorabbin aerodrome is now,” John said.
“My grandfather was a trustee of the Heatherton Recreational Reserve in Ross Street, Heatherton.
“The Heatherton carnival and bazaar, my father (Alf) was president of for a number of years.”
From there Alf joined the Dandenong Show, back in the early 1950s.
“At that stage, he was a market gardener at Noble Park,” John said.
“When we moved there, which was in 1948, that was cleared by horse team and gel ignite.
“At that stage I was about six. I can remember it.
“Initially, we only had the farming property at Noble Park, and then Dad branched out into cattle and we had 70 acres at Nar Nar Goon North.
“We sold that and bought this property (in Clyde North).
“We’ve gradually increased the size of it over the years to having two adjoining properties with the 320 acres.”
He has about 160 cattle on the farm, mainly for meat but also for breeding. He has about 12 on his 10 acres at Hampton Park.
John tends the properties himself, using a tractor with a front-end loader and a spike on the back for feed.
“I can put 16 round bales of hay on,” he said.
“That makes it quite easy.
“I believe that I would still be involved with farming for the rest of my life.
“I suppose the easiest way to explain it is that my mum’s 98, and I am reluctant to do anything with the farm while she’s alive.
“I hope she’s around for a few years yet.
“Mum’s sister was 101 in December of last year.”
John’s sons, Damian and Adrian, “assist when I ask for it. It’s not as if I have to twist their arm up their back, they come and help”.
They’re both involved in the show scene, too.
“Adrian has been consistently helping at the shows for a number of years, whether it be putting out signs or general assistance for setting up and packing up after the show,” John said.
“Damian’s on a small property at Iona where they have horses, which includes Clydesdales.
“Hopefully, I can get him more involved with agricultural shows to keep those generations going.”
John has been a Dandenong Show fixture for more than 60 years.
His service to the Dandenong Agricultural and Pastoral Society event and other local shows earned him a meritorious service award at the Victorian Agricultural Shows’ annual convention, held in Shepparton on 1 and 2 July.
“John has a wonderful community ethic and dedication, always ready to assist where he can,” the convention heard when John received the honour.
“He is probably called on more than his fair share because of his willingness and pleasant manner.
“He also has a wealth of knowledge regarding shows that is invaluable.”
John, 74, said the honour rated a close second to the 60 years’ service award that Dandy Show legend Jack Rae presented him at last year’s show AGM.
“Jack knows me longer than I have known Jack,” he said.
Jack knew Alf, who was a Dandenong Show life member.
John automatically followed his dad into show life, “which was a custom of families back in those times”.
“You helped with the preparation and so forth,” he said.
He joined the Dandenong Show committee in 1971, was president in 1981, 2002 and 2003, and served on various sub-committees.
John’s been a safety committee member since 2000, security chairman for more than 20 years and the grounds committee chairman since 2015.
John was awarded life membership at Dandenong in 1992.
He received the same honour from the Berwick Agricultural and Horticultural Society in 2007.
He’s been a Berwick member since the 1980s, joined the committee in 1992 and is the occupational health and safety chairman.
He attends meetings with the Greater Dandenong and Casey councils to elicit ongoing support for the Dandy and Berwick shows.
At the Pakenham Show, John’s volunteered on the gates for many years, and now helps with the broadcast van for public announcements.
He’s enjoyed “the friendships that you make, and the appreciation of the effort that you put in”.
“I visit other shows as an observer and help wherever I can,” he said.
“It’s my connection with the land, with agricultural aspects, and the mateships that you cultivate over the years with your involvement.
“I’ve got friends throughout Victoria and also interstate.”
John said he’d be involved with the shows indefinitely.
“Hopefully, they don’t have to wheel me in a wheelchair in to see it, but I hope to continue my role as far as assisting with the show,” he said.
He calls Hampton Park home.
“We had this meeting with the City of Greater Dandenong the other day, three of us,” he said.
“Out of the three there was only one person that lived in Greater Dandenong.
“We all lived outside the municipality.
“That’s consistent really with the whole committee.
“Even though you’ve maybe moved away from Dandenong you still go back and help organise a function in the City of Dandenong.”
The show has reduced its gate prices for this year’s event, to be held at the Dandenong Showgrounds in Greaves Reserve, Bennet Street, on Saturday 11 and Sunday 12 November.
“When we first moved down there, the tractor was there towing competitors in and then towing them out afterwards, because it really used to get sloppy, even to the extent on different occasions had the tractor bogged,” he said.
As well as cheaper entry, he said the show committee was ensuring there was something for people to see no matter what time they arrived at the show.
John said the event had been struggling to tap into Greater Dandenong’s different cultural communities.
He said it was important, though, to persist because people should understand where their produce came from.
“Take milk, for instance,” he said.
“The majority of kids think that a bottle of milk comes out of the supermarket.”