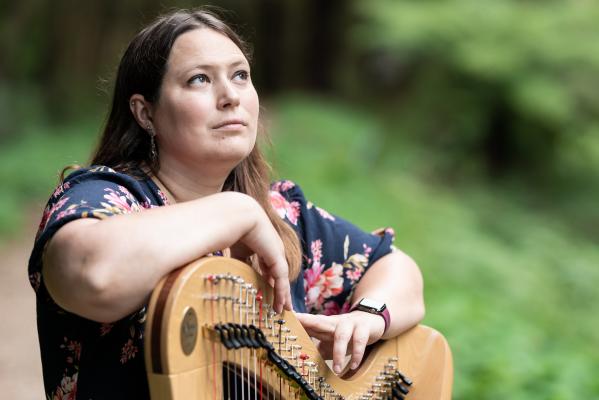 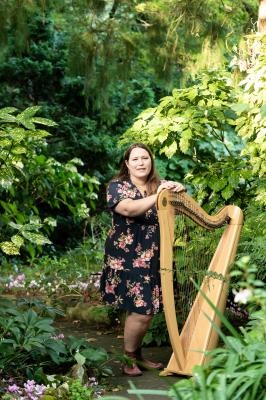 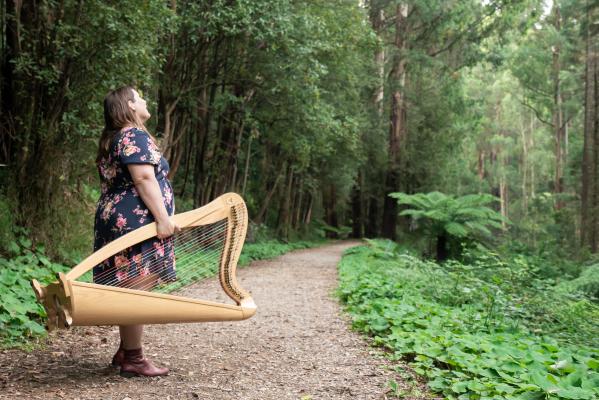 The harp may not be one of the most common instruments, but it’s sounds are certainly beautiful and for Elizabeth […]

The harp may not be one of the most common instruments, but it’s sounds are certainly beautiful and for Elizabeth Sutherland, it was an instrument she couldn’t resist picking up and giving a go.

Being a trained pianist and classroom music teacher with a huge passion for music, it’s no wonder Ms Sutherland was drawn to the celtic harp – but it wasn’t until she stumbled upon it a few years ago that the love affair truly began.

“It was about five years ago, in 2016, that I went to the Kyneton Lost Trades Fair, where they have all these cool old trades on display and one of them was instrument making – for harps,” she said.

Ms Sutherland said that she was intrigued by the celtic harp and the way it was being made at the fair, and when she got home, she decided to have a look around for somewhere that she could get her own and learn – and there just so happened to be a place about 500 metres down the road that did exactly that, and it seems the rest is history.

“It’s a beautiful sounding instrument and the celtic and folk aspects have always interested me,” Ms Sutherland said.

“Almost as soon as I started playing it I started making things up on it.”

“It’s easy to make a nice sound on it, assuming that you’ve got it in tune that is,” Ms Sutherland laughed.

Since picking up her first harp in 2016, Ms Sutherland has performed at many events and serenaded people far and wide with her angelic melodies – and now, can add published composer to her resume.

On Tuesday 13 July, Ms Sutherland announced to her fans that she had finally achieved a lifelong goal of hers after one of her harp compositions, ‘Forest Dreams’ had been published in a well-known, international harp journal – a remarkable achievement.

“I’m so proud to have my music of ‘Forest Dreams’ featured in the summer edition of the Folk Harp Journal, the official publication of the International Society of Folk Harpers and Craftsmen,” Ms Sutherland said.

“I have been dreaming of having my music published since I was a kid!

“I’ve already heard from harpers around the world who have played my music. It is such an amazing feeling,” she said.

Ms Sutherland said that her published piece, ‘Forest Dreams’ was inspired by the sounds of the Sherbrooke Forest – which she lives adjacent to and looks out her window at every day.

She added that while Melbourne’s lockdowns had been a challenging time for most, it had actually resulted in her being able to compose more music and embrace her creativity, and she said she had plenty more music still to come.

“I’ve got so much more music coming,” Ms Sutherland said.

“I did a recording at the start of the year, my debut EP called Forest Dreams, with this piece as the title track.

As soon as I’d done that I started thinking of other pieces to do, not even just for harp but for general composing as well – so it’s been quite a creative time!”

Ms Sutherland said that once restrictions have eased, she is looking forward to performing more around town and couldn’t wait to get cracking on more celtic-inspired compositions.