What instrument do you play and how long have you been playing for? I learned the piano for two years […]

What instrument do you play and how long have you been playing for?

I learned the piano for two years and the flute for six years whilst at Kooweerup Secondary College. I was taught by Claudia Barker who was an amazing teacher. She was very inspirational and instilled a love of music in me. Actually she even taught piano to Michael Gracey the producer of The Greatest Showman!

What is something people don’t know about you?

So many things… I was the Kooweerup Potato Queen Princess Runner Up and the back-to-back Kooweerup Ladies Potato Carrying Champion! I danced with Bruce McAvaney to Shania Twain’s ‘I Feel Like A Woman’ at the 2002 Commonwealth Games after party. He is a really bad dancer by the way!

What was your most memorable moment?

Having my three children… and winning Australia’s first ever gold medal for netball at the 1998 Commonwealth Games.

What’s the best thing about being in a band?

I loved being part of the kooweerup Secondary College band. In particular I loved going on the annual band camp and performing at various venues with my school band. I made a lot of close band friends and am still friends with them today.

What is your favourite musical?

I am a musical tragic. As a kid I loved Mary Poppins and watched it over and over again. My favourite musical at Kooweerup Secondary College was The Music Man.

What would your last meal be?

I love eating at the Japanese restaurant Iori in Canberra – anything they make – sushi, sashimi.

…was the biggest nerd. I enjoy learning and getting involved in anything and everything from Mawson House Captain, Music Festivals (go Mawson!), the band for the school musicals, swimming/athletics/cross country/netball carnivals, Mathematics…

What event past or present would you like to witness?

I would like to see the Kooweerup Potato Festival to get up and running again! It was the best annual event in Kooweerup. It had everything – street parades with decorated floats, potato competitions (I remember some Kooweerup women were in the Guinness Book of Records for their fast potato peeling ability!), Potato princesses, Potato Ball… It was definitely a highlight of my childhood!

Which six dinner guests, dead or alive, would you invite to dinner?

This is a tough question. I can’t invite my family members as I am one of six kids so it would mean I would have to leave someone out, so to be fair I will choose the following instead: Alissa Light, Tiina Takolander, Sue McCausland, Ros Baxter, Mary Milne and Freddie Mercury (to entertain us!).

I love music and have sooooo many favourite songs. This week it is Post Malone’s ‘Sunflower’. 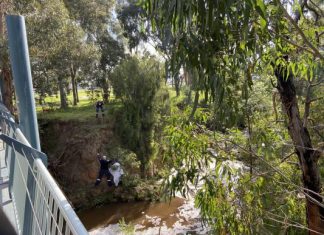